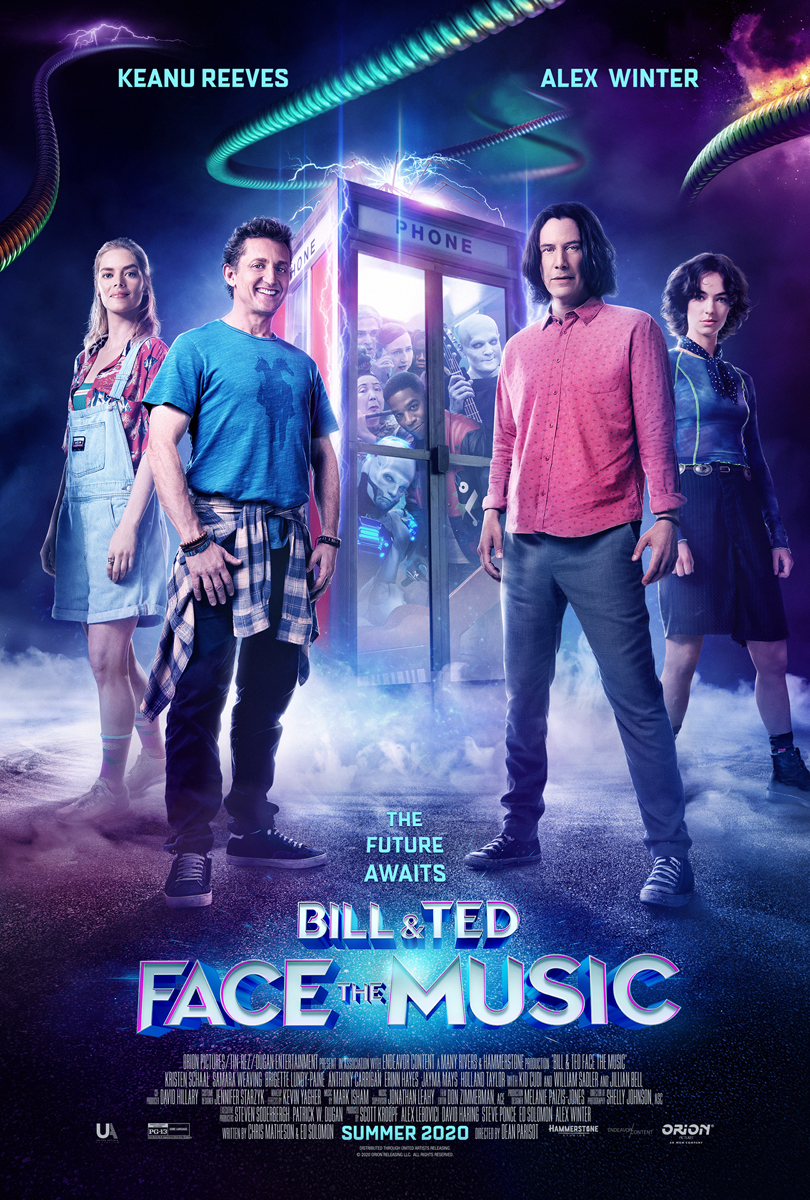 Years after their bogus journey, Bill and Ted are still in search of that one song that would unite humanity. Now with kids of their own, and most of their band gone, the duo most come up with that illusive song with the fate of the world in the balance. As they journey to find their future selves to steal the song, their daughters travel through time collecting some of the world’s greatest musicians to help put the band back together. Here are a few movie mistakes to look for while watching “Bill & Ted Face the Music”.

· Bill and Ted are traveling with Kelly. They get out of the pod and see the hologram of Rufus. Bill is wearing his flannel shirt. Kelly calls out to them, and they start to walk away. In the overhead view, Bill now has his flannel shirt tied around his waist. He’s wearing the shirt again when Kelly is showing them the Earth’s turn table.

· Bill and Ted end up in Hell with the robot. The robot is telling them his name is Dennis while he’s still standing on the ground, at the bottom of the steps. He hasn’t started his way up the steps yet. Ted yells, “Let’s go dude”, and the scene cuts to a wider, farther view where the robot aka Dennis is now halfway up the steps.

· Bill and Ted visit Death who’s playing tetherball. The ball whips around on the tether and hits Death in the back of the head. A moment later, when Death comments, “Have you come to see me?”, the tetherball pole is still there, but the ball is gone.

· Thea and Billie are talking to Death. At the beginning, Thea is wearing a green and orange striped shirt. When Death mentions his “Pale and Pale” solo album, Thea comments, “It was”, and her shirt is now blue and orange. Her shirt is green and orange again when they open the door.


Get your copy of my latest – Reel to Reel – Movie Mistakes from Hollywood’s Favorite Films.

Content copyright © 2022 by Isla Grey. All rights reserved.
This content was written by Isla Grey. If you wish to use this content in any manner, you need written permission. Contact Isla Grey for details.

Stop by our forums to share the mistakes you´ve discovered, I would love to hear about them!