There is something for everyone! Look here for specific types of mysteries.

Cozy mysteries are a very popular subgenre of detective fiction. Numerous themes such as culinary, herbal, cats, B&B's and more have garnered loyal fans for authors who often write a series of stories in their particular topic.

Geezer Lit is Older than You Think

The term geezer-lit has become a popular new genre in recent years, but is it really new?

During the 1920's and early 1930's, the United States experienced the Wall Street crash, the rise of Al Capone and the mob, prohibition, and the beginning of the Great Depression. The mystery stories of the time reflected the reality of life in America with the rise of the hard-boiled genre.

Janet Evanovich and the Comedic Mystery

Janet Evanovich is the author of the popular Stephanie Plum series. The comedic mystery genre has increased in popularity with readers and authors over the past thirty to forty years.

Although its heyday was in the 1950's, noir fiction is still very much alive. Find out who are the current crop of noir authors in this article.

Noir is a subgenre of the hardboiled detective fiction that came into being in the late 1920's. Read about the pioneers of a genre often described as realistic and gritty.

No spam, your email stays private, and you get only what you want: Mystery Books news. 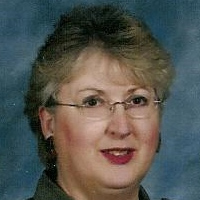 Drop in and discuss your favorite mystery books topics!

The Fine Art of Murder Review