Material for films is often gathered from the other creative arts, such as novels and plays.

A Long Way Down Film Review

A chance encounter between four strangers on New Year?s Eve causes their lives to be irrevocably altered, for the better. Pierce Brosnan and Toni Collette star in the screen version of Nick Hornby?s "A Long Way Down".

A Walk in the Woods Film Review

Robert Redford and Nick Nolte star as two men attempting to hike the 2,000 mile Appalachian Trail and repair their friendship in the process. Adapted from Bill Bryson's bestselling book.

Ave Maria Mulligan, single and proud at 40 years old, faces a crisis when her mother dies and a family secret is revealed. Adriana Trigiani wrote and directed this film, based on her best-selling novel "Big Stone Gap".

An authoritarian state allows criminality to flourish because it refuses to acknowledge the truth. Tom Hardy stars in this dark and gripping tale, based on the best-selling novel by Tom Rob Smith.

Hunt for the Wilderpeople Film Review

A misunderstood 13-year-old foster child finds love and acceptance in this comedic gem from Down Under. Written and directed by Taika Waititi, this sleeper hit is the biggest box office success from New Zealand to date.

In the Electric Mist Film Review

"Kon-Tiki" is an epic true-life adventure story. The film dramatizes Thor Heyerdahl's journey from Peru to Polynesia. He intends to prove his theory that people could have traveled from South America to the islands using only a raft.

Filmmaker Laura Bispuri makes her feature film debut with this intriguing tale about Albania's sworn virgin tradition. Alba Rohrwacher plays a woman who has relinquished her feminine identity but gradually attempts to reconcile her independence with her sexuality.

The Company You Keep Film Review

Jim Grant has eluded the FBI for thirty years. When a woman from his past is arrested, and a reporter starts investigating, Grant learns that he can't outrun the truth. Robert Redford directs and stars in this adaptation of Neil Gordon's novel.

The Girl by the Lake Film Review

This film successfully transplants a Norwegian crime story to Italy. Based on Karin Fossum's "Don't Look Back", Toni Servillo plays a detective investigating the murder of a vibrant young athlete.

The Tasmanian tiger was declared extinct in the 1980s, but is it? A biotech company does not think so and hires a mercenary to hunt the animal down. Willem Dafoe delivers another stellar performance in this unexpectedly beautiful and moving psychological thriller from Down Under.

Cate Blanchett stars as news producer Mary Mapes. When CBS airs her story on the National Guard Service of President George W. Bush, Mapes finds herself in the middle of a firestorm of controversy. Robert Redford co-stars as CBS news anchor Dan Rather, who is also caught in the crossfire. 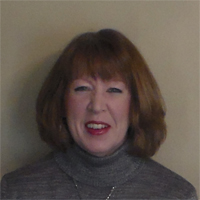